So with Richard enjoying a deserved break from all things Brexit, the focus at home this week has been on the fall-out from the European elections and the increasingly crowded contest for the Tory leadership. It has been another busy week in UK politics.

As predicted, it was a crushing defeat for both main parties in the European elections – with Brexit driving a huge wedge across the country. The Tories suffered their worst national election result in almost 200 years, collapsing to a lowly fifth place and Labour was punished heavily for its policy of fence-sitting. Farage’s Brexit Party topped the polls, with the resurgent Lib Dems in second, even attracting votes from Labour’s ex-spin doctor Alastair Campbell and former Labour Home Secretary Charles Clarke.

Both sides of the Brexit divide claimed victory and predictably the combined vote shares of the unequivocally Leave and Remain parties were almost identical, at around 35% apiece. The BBC’s polling expert Sir John Curtice called it a draw. Either way, the results leave the UK looking more divided than ever, and no closer to solving the Brexit impasse.

Meanwhile, a week on from Theresa May (eventually) conceding defeat, the wacky race to succeed her is in full swing. Pro-Brexit Boris of course leads the way as firm favourite, with pro-Brexit Raab, Gove and Leadsom next in line. The unlikely but popular outsider Rory Stewart and former and current Health Secretaries Hunt and Hancock have little chance of attracting enough votes from an increasingly hard Brexit membership.

So what does this mean for Brexit and crucially, how likely is no deal in October?

Given the front-runners for the job, it is therefore very possible that the next Prime Minister will have promised Conservative party members that we will leave the EU with or without a deal by 31 October. This also remains the legal default. The only options to prevent that are the same as they were for May. Namely, UK parliamentary ratification of the only deal on offer from the EU, the UK government seeks and is granted a further Article 50 extension, or UK government revoking Article 50, killing off Brexit. None of which seem likely at this time.

The factors which tilt the balance towards no deal are indeed gathering momentum. While May was in Number 10, it was extremely unlikely that no deal would become government policy. The leading Brexiteer candidates have already committed to leaving without a deal on 31 October if they cannot negotiate better terms with the EU.

The EU, which must act by unanimity on this, is very unlikely to make significant concessions on the Irish border ‘backstop’ – effectively throwing a Member State, Ireland, under the bus to make life easier for a hard Brexiteer Prime Minister.

The other ways to avoid no deal are hugely difficult politically for any new Prime Minister. Parliamentary numbers are not there to ratify the current Withdrawal Agreement and historic defeats in the European elections raise the cost of compromising on the deal for both main parties.

It would also be very hard for a new Prime Minister, chosen by Conservative party members for their willingness to leave without a deal, to either revoke Article 50 or propose another referendum. This is true even if the new leader frames either option in terms of seriously preparing for, or securing a mandate for no deal.

Even if a new UK Prime Minister asked for an extension, the EU may be less willing to grant it. The EU27 leaders – like many of us – are weary of the Brexit melodrama and have plenty of other challenges – dividing up the EU’s top jobs, agreeing a seven-year budget, migration, the stability of the eurozone. If there is no UK plan for an election or a new referendum to resolve the Brexit blockage, the EU will not put its own unity at risk indefinitely for the sake of the UK.

Have the constraints against no deal weakened?

Even if no deal becomes government policy, political factors still weigh heavily against it. The most powerful constraint is the risk of a general election. A no deal policy would split the Tories, with several Cabinet Ministers and a number of backbenchers hinting they could vote against a no deal government in a confidence motion. The next Prime Minister will be acutely aware that the party cannot risk a general election until Brexit is delivered, especially with Farage waiting in the wings.

Even the lowest number of Tories who have so far defied the government whip to vote against no deal – 17 MPs – is more than enough to bring down the government and trigger an election. Even before we get to that point, the Speaker has made clear that he will ensure that the voice of House of Commons opposition to no deal “is heard”, which will probably further constrain the government before a late October crisis. Finally, the EU will not want to be seen to force the UK out in the midst of a political crisis over no deal, with UK elections or a referendum looming.

On balance, the scales are probably tilted against no deal – for now. We will hear a lot more about the rising risks of no deal over the coming months, but this will mainly be Conservative leadership campaign rhetoric. The numbers aren’t there in Parliament to allow the UK to crash out without a political crisis, and Tory rebels’ threats to bring down a no deal government are credible.

For now, at least, the fear of an election among Tory MPs is such that any Prime Minister will be very reluctant to push no deal opponents to a confidence vote – and risk becoming the briefest incumbent of 10 Downing Street since George Canning in 1827.

A new referendum (probably with no deal and remain options), or an election are still both likelier than a no deal exit in October. Either would take time, so our advice to clients is that a further delay is the likeliest outcome while the political crisis is resolved. But as we’ve seen, things can change very quickly. 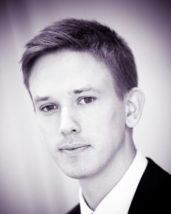