Landscape without a Map

Having received an honor (not honour) of a high magnitude, to follow ever so briefly in the footsteps of the distinguished demi-professional blogger Richard Phillips, I shall attempt to fill the void on this one occasion. These views represent my personal opinions and do not necessarily represent those of AdvaMed.

The ascension of Boris Johnson to Prime Minister now completed, the landscape rolls forward with messages from some of those in power expressing renewed vigor in their commitment to a hard Brexit. The sacking or resignation of many of the Ministers from Theresa May’s administration potentially adds greater uncertainty, as it points to a desire to construct more cohesion around this central theme. While this is entirely understandable and the prerogative of any new government, it is an understatement to say these are interesting times.

The Brexit landscape continues to be confusing even for those who are engaged in the UK market and follow UK events closely. It is perhaps true that the closer one follows the events, the more confusing they become. The landscape is winding, dips here, dives there, and there's no roadmap. Recent pronouncements over an unflinching commitment to a hard Brexit are followed by remarks that there should be no assumption by anyone that there will be a hard Brexit. That the Conservative Parliamentary majority is now down to one raises questions as well. There is little in the way of short-term reassurance to those looking to plan. This is a source of frustration for the MedTech industry, particularly SMEs.

While the US and UK will continue to have joint strong linkages in the MedTech arena (R&D, marketing and manufacturing to name just a few), impacts are being felt due to the uncertainty and the apparently (but not certainly) increasing potential for a hard Brexit. In the absence of a clear roadmap, it is harder to make definitive contingency plans, but these do have to be made and some could de-emphasize the priority the UK has previously had as a premium access point to the EU. SMEs tend to have less flexibility for contingency planning, so it is in this area where the most dramatic impacts could be felt. In the long-term, these concerns could be mitigated by trade alliances by the UK with other markets, but trade deals of this type take time and will not come online immediately after a hard Brexit. Notwithstanding that the US has signalled its motivation to rapidly enter into a trade deal with the UK post-Brexit, history dictates motivation between the parties does not readily translate into either rapid or comprehensive trade deals.

The threat of a hard Brexit has loomed very large over the current stagnation of implementation of the EU’s Medical Device Regulation (MDR) and In Vitro Diagnostics Regulation (IVDR). There is urgent need for the EU to act to avert a crisis caused by the May 2020 deadlines approaching with insufficient notified body capacity to ensure medical technology products can be reviewed in time to remain on the market. Lagging finalization of necessary Implementing Acts is also a significant concern. The problems around MDR implementation are negatively impacted, and less amenable to solution because of Brexit. The UK’s voice would add significantly to raise concerns with the EU, but with a potential exit looming, it cannot be heard.

Here is a top-level summary of the notified body situation as it applies to the UK.

UK notified bodies (NBs) that account for about 30% of EU MedTech product approvals are dwindling in number. Of those UK NBs that remain, only one has successfully transitioned to be recognized by the EU. Additionally, some estimates indicate that as much as 80% of all blood products used in the EU are approved by UK-based NBs. Under a hard Brexit, UK NBs that don’t transfer operations to the EU will not be able to review and certify products for CE marking. This exacerbates the NB capacity crisis for patients in both the UK and the EU and needs to be addressed. MHRA deserves much credit for the enormous amount of good work they have done to try to help ensure products can remain on the market in the UK post-Brexit, but they are only part of the equation. AdvaMed and MedTech Europe will continue to work to raise concerns and press EU Member States to act to address the NB capacity issue. Recently, both AdvaMed and MedTech Europe have issued open letters to the EU Commission that highlight concerns and call for the Commission to immediately address the issues.

The current political landscape has produced many unforeseen consequences. As the UK Government continues to work to mitigate potential turbulence from the likelihood of hard Brexit, the enormity of this task is quite apparent. Supply chain and stockpiling contingency plans are in full swing, but there is only so much impact that such measures can have. MHRA can attempt to manage whether CE marked products can remain on the UK market post-Brexit, but reciprocity of the EU to ensure UK-approved products can remain on the EU market is not guaranteed, although we would expect at least some short-term alignment.

Regardless of views on Brexit, it is in the best interests of the US and the UK that the MedTech landscape remains strong and continues to thrive for the benefit of patients. The two countries certainly share in that there is a lot to lose if there is a high degree of future turbulence. There are no easy answers to any of this, but it is hoped that flexibility will be maintained given the high, life-altering stakes of a failure to sufficiently mitigate adverse events in the event of a hard Brexit. Whether this type of flexibility, or single-minded, steely resolve carries the day, remains to be seen. 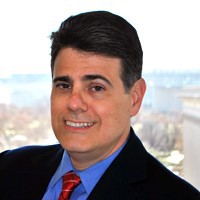 Joseph Gatewood is the Vice President, Global Strategy and Analysis at AdvaMed